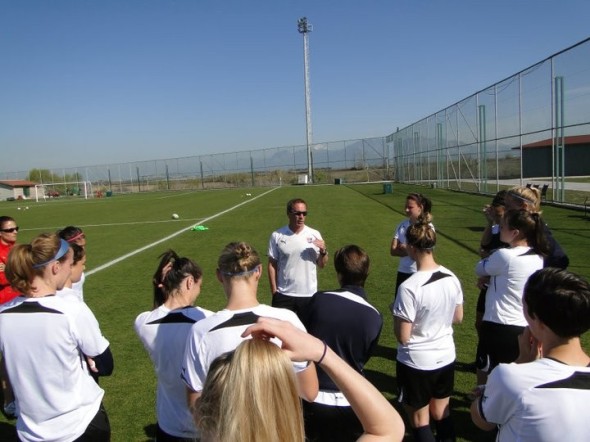 Women’s Professional Soccer (WPS) preseason is in full swing, and on Monday, teams made a number of roster moves. On a day that was supposed to cut rosters down to 28, some teams added players from their initial preseason rosters that were announced back on March 1. In other WPS news, magicJack made its preseason debut Tuesday, and Sky Blue FC landed in Turkey for the Alanya Women’s Tournament of Champions. END_OF_DOCUMENT_TOKEN_TO_BE_REPLACED 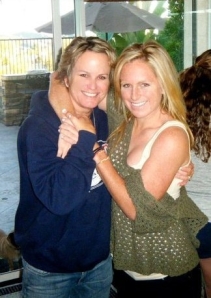 When we last left Kylie Wright, she had signed a contract with the Atlanta Beat and was waiting for training camp to begin. In the meantime, her plans were to continue training on her own, and finish her education at UCLA. (Wow! A professional athlete with a college degree … What a concept!) She has held true to those plans. Coach Jim Galanis of the Beat has not put her on any training program yet, so she has continued her basic “touching the ball” routine. She told me, “When you have a soccer ball at your feet, anything is better than just running.” Her professors have cut her some slack time-wise, but she’s still had to finish up three papers prior to the end of school on March 16. There was one “minor” addition to Kylie’s plans. She’ll be participating in the U-23 Four Nations Tournament in Spain. Her U.S. squad will face England, Sweden and Norway. She made sure to get Coach Galanis’ blessing before accepting the roster spot. END_OF_DOCUMENT_TOKEN_TO_BE_REPLACED

The U.S. U-23 Women’s National Team will head to La Manga, Spain, from Feb. 21 to March 2, for the Four Nations Tournament. The U.S. will compete against England, Norway, and Sweden’s U-23s. Of the 18 players on coach Bill Irwin’s roster, 10 are on Women’s Professional Soccer (WPS) rosters. END_OF_DOCUMENT_TOKEN_TO_BE_REPLACED

Kylie Wright and her Grandma Peggy

Okay, I’m sure many of you are referring to me as a draft genius. Of all the 900 eligible draftees I could have chosen for my “Chasing the Dream” article, I picked one who was drafted in the first round AND ended up with my local team, the Atlanta Beat…Kylie Wright. END_OF_DOCUMENT_TOKEN_TO_BE_REPLACED